About the DC-3 Gooney Bird 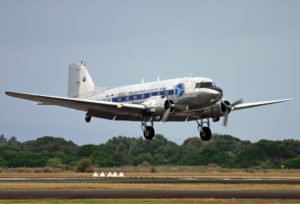 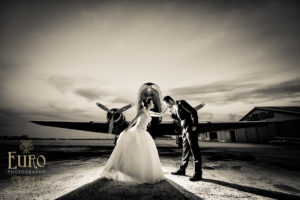 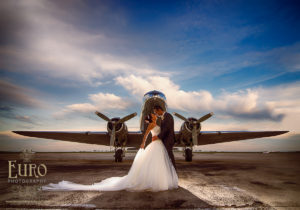 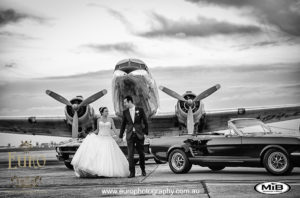 The DC-3 first flew on December 17, 1935. Coincidentally, this was just 32 years to the day since Orville Wright flew the world’s first aeroplane for the very first time, from the sand dunes of Kill Devil Hill, in North Carolina.

On that historic day, Mr Wright remained airborne for twelve seconds, and covered a distance of one hundred and twenty feet, just twenty five feet more than the wingspan of this aeroplane.

And yet, in thirty-two short years, this machine had been developed, capable of carrying thirty people a thousand miles, at nearly two hundred miles an hour.

It was a breathtaking technical achievement, and the DC-3 quickly became the standard airline aircraft of the western world.

Our DC-3 was one of the last ones made, and rolled of the Douglas Aircraft Company’s Santa Monica production line in August 1945.

Our aircraft was delivered as a C-47 to the RAAF, and served faithfully, including in two wars, until it came to us in the late eighties.

As is common with military aircraft as opposed to civilian ones, they do very little flying. Our DC-3 is no exception, with the result that even now it’s only flown the equivalent of four years of normal airline service, so it’s a very young, old aeroplane.

It’s powered by two mighty Pratt and Whitney twin-row Wasp piston engines; each has fourteen cylinders, a capacity of 1830 cubic inches, and develops 1200 horsepower for takeoff.

Our Beautiful DC-3 and the SNJ-5B Harvard are available for wedding shoot backdrops.

Thank you for choosing our aircraft and facility for your wedding photographs. We hope that your day is a success and the aircraft provides you with some terrific photographs.

To assist us and your photographer during the shoot please observe the following instructions.

PLEASE NOTE: Whilst every endeavour is made not to disappoint, flying operations take precedence over any booking for wedding photographs, therefore the availability of the aircraft can NOT be guaranteed.

We thank you for your co-operation and wish you a most successful and happy day.